Ms. G is a single working mother with young children. She sought help from our office when her landlord demanded she cover the expenses of a habitability repair and attempted to have her evicted when she disputed the cost. As a recipient of housing choice voucher benefits, an eviction would jeopardize her subsidy and potentially render her family homeless. With direct representation service from our office, Ms. G was successful in litigating her claim against the landlord, receiving a judgment of money damages related to the pest issue and dismissal of landlord's action for eviction.

Ms. O came to us for a simple will. Upon meeting with Ms. O, we learned that she had advanced stage cancer and very limited time left. Ms. O's main concern was for her children. We helped her preserve her estate for the children and to ensure that guardianship of the minor daughter was placed with her adult brother, instead of reverting to her estranged father. Ms. O passed away shortly after we prepared her will; we then helped her son with the custody case to grant him legal custody of his sister.

Mr. B, an elderly gentleman with a nominal fixed income, needed our assistance in getting his name changed. Although he went by his adoptive name his entire life, his official birth certificate was never changed. We helped collect all necessary legal forms from government entities and prepared his court pleadings. He was elated following his court hearing knowing that his life-long dream of officially changing his name to honor his adoptive family was complete.

Mr. K contacted Charleston Pro Bono concerned about losing his family's long-term residence to foreclosure. Thanks to the exceptional work and tireless advocacy, Mr. K was able to avoid foreclosure, make necessary home repairs, sell his property, and walk away with enough resources for his family to have a very happy holiday season.

Mr. R came to us worried about his children who lived with their mother. The children’s mother had neglected them, exposed them to horrible living conditions, and had denied Mr. R the opportunity to see them. With the help of a pro bono attorney, Mr. R was awarded custody of his children, enabling them to live in a safe and healthy environment.

Ms. C came to CPBLS when she had received threats of eviction from her property manager regarding her continued residence in a project-based housing unit. Ms. C had been the victim of domestic violence and the property management attempted to use the incidence of domestic violence as cause for her eviction along with no-cause grounds of continued tenancy being the initial lease term. On re-hearing, the Ms. C prevailed on all issues. 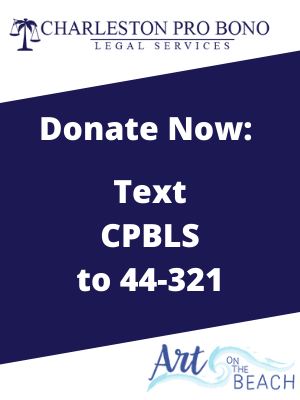